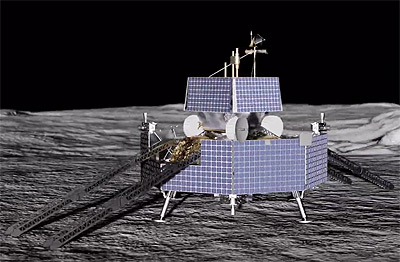 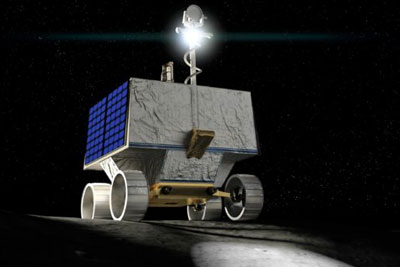 NASA's VIPER (Volatiles Investigating Polar Exploration Rover) is a mobile robot that will roam the Moon's South Pole looking for water ice. The VIPER mission will give us surface-level detail of where the water is and how much is available to use for NASA's ultimate goal of a sustainable, long-term presence on the Moon. About the size of a golf cart, NASA's Volatiles Investigating Polar Exploration Rover, or VIPER, is ideal for traversing the Moon's South Pole.

To scout out water ice, and to get to the most promising ice reserves, VIPER must maneuver a highly cratered surface with soils of varying levels of compaction. Its components are rugged enough to withstand the encroachment of lunar dust, blasts of cosmic rays and dramatic swings in lighting and temperature. With its onboard suite of instruments to find out what lurks within lunar dirt, VIPER will help inform our understanding of how to live achieve a sustainable and robust presence on the lunar surface when NASA's Artemis program sends humans back to the Moon.

Astrobotic will provide an end-to-end delivery for VIPER on board the company's Griffin lunar lander through a $199.5 million contract awarded under the NASA Commercial Lunar Payload Services program, or CLPS. The Griffin lunar lander is Astrobotic's medium capacity lander product line, and is capable of delivering up to 500 kg of mass to the lunar surface. Griffin uses many of the same subsystems and approaches employed by the Peregrine lander, which will fly two years before VIPER. Both lander product lines put a heavy emphasis on safe and reliable delivery of customer payloads to the Moon.

Measuring 2.5 meters tall and 1.5 meters in length and width, this mid-sized rover is built for crawling around craters. Pioneering a new kind of wheel motion, NASA engineered the rover to be agile enough to move through a variety of inclines and soil types - from compacted to fluffy - without getting stuck. During normal operations, the rover will roll across the surface. Should it encounter extremely fluffy soil, VIPER can lift each of its wheels independently, almost like feet, and use them to dig into and sweep along the surface. This gives it a swimming-like motion capable of pulling the rover out of even very soft soils.

Generally, VIPER will drive at about 0.8 km/h over the lunar surface, slowing to 0.4 km/h when prospecting for water and other potential resources. VIPER will explore inside dark craters where the Sun never reaches and is the first NASA rover with headlights - a system specially designed to work with its cameras in the Moon's extreme conditions of light and dark.

VIPER's camera system will allow operators on Earth to visualize the terrain the rover needs to navigate and send commands in near-real time based on what they see - where and how fast to move, and where to stop and search for water ice. Typically, the operators will tell the rover to move between 4 to 8 meters, before downlinking data and reassessing. VIPER will send its science and prospecting data back using an X-band communications system that connects directly with Earth over the Deep Space Network.

VIPER's instruments all use spectrometers - scientific tools that look at light emitted or absorbed by materials to help identify their composition. They work together to accomplish the mission's goals of prospecting for resources like water ice on the Moon.

All three of VIPER's instruments will have been battle-tested on the harsh lunar surface before the rover's actual mission begins. Versions of NSS, NIRVSS and MSolo will have flown as payloads on the earlier Peregrine mission to the Moon by commercial providers under NASA's Commercial Lunar Payload Services (CLPS) initiative. Also TRIDENT and another MSolo will have been flown on the PRIME 1 luanr lander. By studying the instruments' performance carefully in the very harsh and challenging environment of the Moon, the VIPER team can use that information to even better prepare for their use on the VIPER mission, greatly reducing the mission's risks.