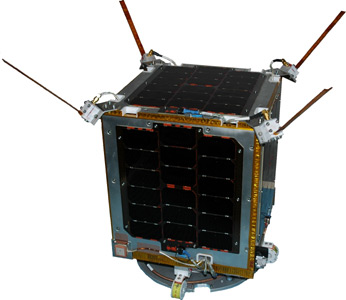 VesselSat is a constellation of three microsatellites to provide spacecraft-based Automatic Identification System (AIS) sensors in low-Earth orbit as a means of tracking maritime assets.

Two satellites will be leased to Orbcomm as a replacement for the lost capability of the malfunctioning Orbcomm Quick Launch satellites. A third satellite was planned to be operated by LuxSpace themselves, but was apparently cancelled.

Both satellites operated beyond the three year design life. VesselSat-1 lost contact at the end of 2015 and VesselSat-2 in January 2016.