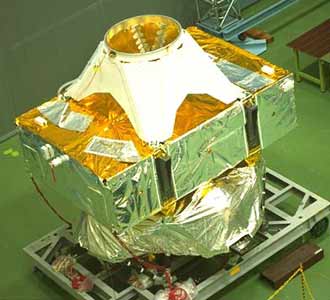 The Vehicle Evaluation Payload (VEP), renamed Myojo after launch, was a Japanese spacecraft that was launched by an H-2 rocket from the Tanegashima Tanegashima launch site.

It provided a ranging function as well as functions to measure the acceleration and deformation, in order to confirm the accuracy of the H-2 rocket orbit injection and understand the environment of the payload equipment. It remained intentionally attached to the second stage of the H-2 launch vehicle. It carried the OREX reentry experiment on top, which was deployed in orbit.