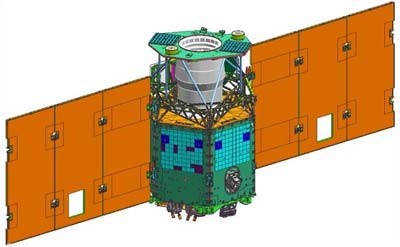 VENµS (Venus, Vegetation and Environment Monitoring New Micro-Satellite) is a earth observation microsatellite to be build jointly by Israel and France and aimed at precision agricultural imaging and environmental monitoring.

The Venus mission will make use of the same bus developed by IAI for MoD's TechSAR satellite, as well as a low-thrust electric propulsion system developed by Rafael. The agreement between CNES and the Israel Space Agency also calls for Israel's Elop Electro-Optics Industries Ltd. to provide the multispectral imaging payload for the Venus mission. Initially developed in cooperation with Germany for a European Union project that never came to fruition, the Elop camera features 12 narrow spectral bands and a five-meter resolution.

In light of Israel's technological and scientific achievements in the field of satellites, the French space agency, CNES, contacted ISA several years ago, and proposed a joint manufacture of a new micro-satellite.

Israel spent about 20 million dollars for the satellite, with France adding another 10 million euros (13 million dollars). VENµS was be built by Israel Aircraft Industries and Israel's Rafael Armament Development Authority. The satellite was built under Israeli direction and was planned to be launched in 2008 by a Vega rocket. The satellite serves as a demonstration satellite for the European GMES project.

With the launch slipping to 2014, the Indian PSLV launch vehicle was selected with the russian Start serving as a back-up. In 2014 finally a Vega launch was contracted. The much delayed launch took place in August 2017.