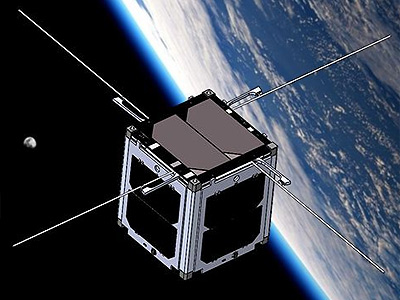 The Virginia CubeSat Constellation mission to deploy three 1U CubeSats simultaneously to meet both science and technology objectives. The science objective will be to obtain measurements of the orbital decay of multiple satellites to obtain in situ quantification of atmospheric drag and the variability of atmospheric properties. The technology objective will be to evaluate and demonstrate a system to determine and communicate relative and absolute spacecraft position across an orbiting constellation. This objective will support the science investigation but will also demonstrate that small, low-power radios (both traditional and software defined radios, or SDRs) can be used for assessing relative satellite separation distances in constellation missions.

The VCC mission was selected in 2017 by NASA's CubeSat Launch Initiative (CSLI) to be launched as part of the ELaNa program.

The three satellites were launched on 17 April 2019 on the ELaNa-26 mission on Cygnus CRS-11 towards the ISS, where they were deployed on 3 July 2019. Since then, it was not possible to establish contact with the three satellites.