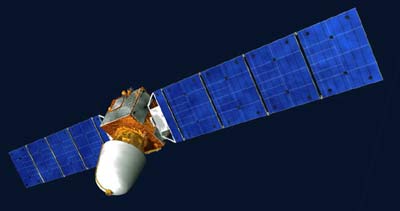 USERS (Unmanned Space Experiment Recovery System) is a Japanese microgravity experiment satellite that was launched by an H-2A-2024 rocket from Tanegashima Island in Japan at 08:20 UT on 10. September 2002.

The 1.7 tonne (with fuel), 700 W satellite consists of a Re-Entry Module (REM) and a Service Module (SEM) that provides power and a communications link to the REM. In turn, REM consists of a Re-Entry Vehicle (REV) and a Propulsion Module (PM). After 8.5 months in orbit, REM was separated to deorbit and the REV was recovered with its contents in may 2003. The SEM remained in orbit until 15. June 2007.