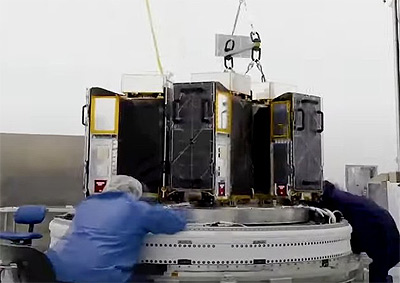 The NROL 129 launch carried four not yet identified payloads for the NRO to be launched on a Minotaur-4 rocket from Wallops Island. The target orbit is not known.