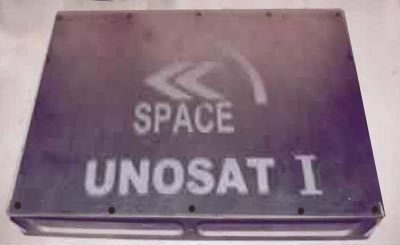 UNOSAT 1 (Undergraduate Orbital Student Satellite or ) was a student built nanosatellite and was composed of FM transmitter, batteries, 4 solar panels, antenna, and a computer. The satellite was to transmit in regular intervals a message of voice and one packet of telemetry in protocol AX25. Following data was to be transmitted:

UNOSAT 1 was destroyed in pre-launch explosion of the VLS-1 booster a few days before the planned launch.