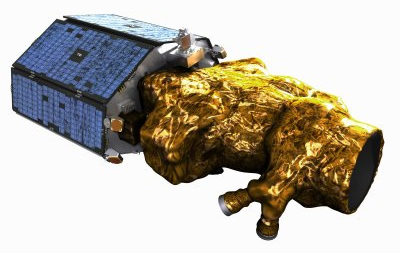 The three satellites will form a new constellation, DMC3, with enormous imaging potential made possible by recent innovations in satellite design. Until now, the physical demands of high resolution imaging from space have required a large satellite but, by re-engineering its heritage imaging payloads and adapting the existing SSTL-300 satellite design used on NigeriaSat-2, SSTL has introduced a highly capable sub-metre resolution small satellite for a fraction of the cost of a conventional Earth observation mission.

By combining the coverage from three satellites, the DMC3 constellation will be able to revisit a given area daily, which is crucial for change detection, disaster monitoring and response planning, and essential for acquiring cloud-free imagery. Like its SSTL-300 counterpart, the new 350 kg satellite also features advanced avionics and optical systems that make it possible to perform several different types of imaging such as mapping terrain, strip imaging and mosaic imaging for wide areas.

The satellites will be financed by the chinese 21AT (Twenty First Century Aerospace Technology Company Ltd), for which it means it can have ready access to Earth imagery without the worry of having to launch and operate satellites in orbit.

The Chinese company will take 100% of the capacity of the three spacecraft over an initial contract period of seven years. Day-to-day use of the data will be handled by 21AT subsidiary, BLMIT. 21AT refers to the satellite constelation as Triplesat.

Two of the satellites, 3A and 3C, suffered a failure of the primary downlink unit.

SSTL-S1 4 is identical to the three earlier satellites and is also built on SSTL's SSTL-300S1 platform. It has a mass of 450 kg and is capable of acquiring multiple targets in one pass, utilising spot, strip and mosaic imaging modes and 45 degree off-pointing agility for a range of applications including urban planning, agricultural monitoring, land classification, natural resource management and disaster monitoring. The very high resolution imager on board the spacecraft has been designed by SSTL and will provide sub-one metre resolution images in panchromatic mode and sub-four metre resolution images in multispectral mode, with a swath width of about 24 km.

As the manufacturer and owner of the SSTL-S1 4 satellite, SSTL will lease imaging payload capacity to 21AT for the lifetime of the satellite, designed to be in excess of 7 years. The SSTL-S1 4 satellite will contribute sub-one metre resolution image data into 21ATs existing TripleSat Constellation service, comprising three SSTL DMC3 satellites launched in 2015. The addition of the SSTL-S1 4 satellite will enhance both the revisit capability of the TripleSat Constellation and its efficient global high resolution remote sensing satellite data acquisition and operation services that support a wide range of existing successful user applications by 21ATs domestic and overseas customers.