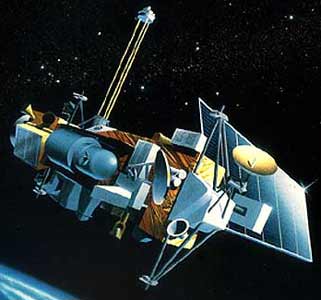 UARS was originally to be launched in 1988, but was delayed due to the Challeger desaster to 1991. The UARS satellite was deactivated in late 2005 after 14 years of service. It reentered the atmosphere on 29. September 2011.

A second satellite, UARS-2, was to be launched one year after UARS in 1989 into a similar 600-km circular orbit, but with a higher 70° inclination angle. This mission was cancelled after the Challeger desaster.