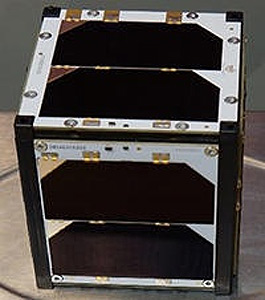 TUMnanoSAT has the purpose to provide hands-on practical training to the students participating in the project. Scientific and research objectives include testing the CubeSat sensors, as well as the communication link for the CubeSat. With a small on-board camera, the CubeSat will aim to capture Earth images as a step forward for Moldova toward eventually developing its own Earth observation satellite.

TUMnanoSAT was selected by Japan Aerospace Exploration Agency (JAXA) and the United Nations Office for Outer Space Affairs (UNOOSA) to be launched under the KiboCUBE program.

The satellite was to be launched on board of Cygnus CRS-15 on an Antares-230+ rocket to be delivered to the ISS, from where it was to be deployed via the JEM airlock. It has apparently been moved to a later launch.