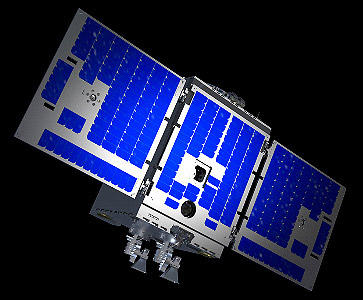 TSIS is a project of NASA/GSFC (Goddard Space Flight Center) and the University of Colorado CU/LASP (Laboratory for Atmospheric and Space Physics).

The objective of TSIS is to acquire measurements of total and spectral solar irradiance (TSI and SSI, respectively). TSI (Total Solar Irradiance) is required for establishing Earth's total energy input while SSI (Solar Spectral Irradiance) is needed to understand how the atmosphere responds to changes in the sun's output. Solar irradiance is one of the longest and most fundamental of all climate data records derived from space-based observations.

The TSIS instrument was originally built for the cancelled NPOESS satellites. It was then moved to the SIDAR (JPSS Free Flyer 1) freeflying satellite, which was also cancelled. Finally it was reconfigured as an ISS attached payload. It provides continuation of the TIM (Total Irradiance Monitor) and the SIM (Spectral Irradiance Monitor) on NASAs SORCE satellite launched in 2003 and on the failed Glory satellite. In 2012, a plan to maintain continuity of the TSI calibration scale between SORCE and TSIS was rapidly implemented through the USAF Space Test Program STPSat-3 that launched in late 2013 an carries the TCTE (TSI Calibration Transfer Experiment).

While TSIS 1 was a hosted payload on the International Space Station (ISS), TSIS 2 is a free flying satellite. NASA contracted in July 2020 with General Atomics Electromagnetic Systems (GA-EMS) for the construction of the satellite, based on the OTB 2 platform. General Atomics will develop and test the core spacecraft for the TSIS-2 project, integrate the primary instrument into the observatory, and provide the functional, performance and environmental testing of the observatory. They will also ship the spacecraft to the launch site and support launch operations, in-orbit performance verification and operations of the mission operations center for three years, through the decommissioning of the TSIS-2 spacecraft.