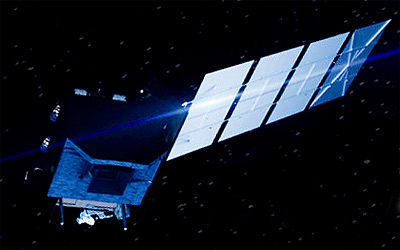 The Tracking Layer is an experimental military satellite constellation developed by the SDA (Space Development Agency), which will provide global indications, warning, tracking, and targeting of advanced missile threats, including hypersonic missile systems.

SDAs Tracking Layer is exploring technical areas including, but not limited to:

Each satellite will have a wide field of view overhead persistent infrared (OPIR) sensor capable of detecting and tracking advanced missile threats from low Earth orbit. The satellites will also be equipped with optical crosslinks to pass data to the Transport Layer relay satellites.

In October 2020, SDA awarded contracts to SpaceX and L3Harris for each four Tranche 0 satellites. These are to be launched in 2022.

L3Harris bid a complete satellite with the bus and payload produced in-house.

Following Tranche 0, the SDA plans to continuously upgrade and add to its on orbit constellation in two year cycles, with Tranche 1 coming online in FY2024, Tranche 2 supplementing the system in FY2026.