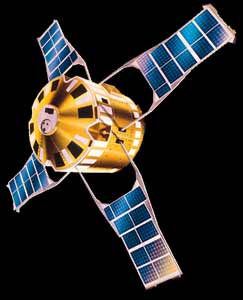 The scientific mission of Tournesol was to detect the probable presence of hydrogen in several directions of the celestial sphere. Scientific and technological data recorded by an onboard recorder were transmitted on command. The satellite was a cylinder 70 cm in diameter and 80 cm long. The rotating axis was directed parallel to the sun-satellite axis, with an accuracy of about 10-20 min of arc. The spin rate was 1 rpm.

The Polaire spacecraft mission was to be complementary to that of Tournesol, except the orbit was to be more polar (I=75 vs 45 deg) and H-Ly-Beta emissions observed (instead of H-Ly-Alpha) in the vicinity of 600 km.