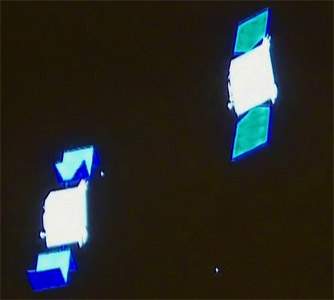 The system works in the X-band, with the resolution of 3 m and a solar synchronous orbit of 500 km. It is composed of two identical satellites. It adopts a technical system of satellite formation in differen torbits and a bistatic radar transceiver mode. It can measure the global digital surface models and acquire radar orthophotos in a short time.