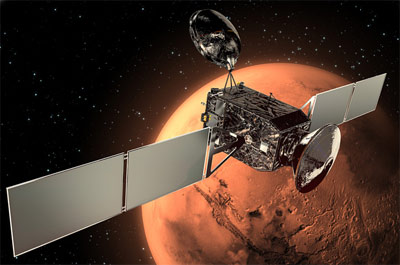 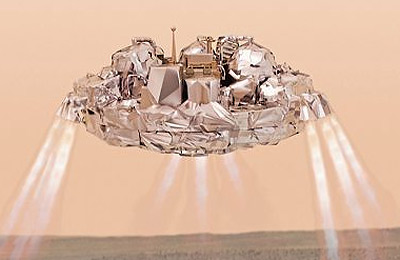 The ExoMars Trace Gas Orbiter (TGO) is the first in a planned series of ESA missions leading to the return of a sample from the surface of Mars. Among its objectives is to characterise the planets atmosphere, and in particular search for trace gases like methane.

The selected science instruments are:

The next ExoMars mission, scheduled for 2018, consists of a European rover with a drill.

The EDM (Entry, Descent and Landing Demonstrator Module) - a technology demonstration vehicle carried by the ExoMars Trace Gas Orbiter - was launched in 2016 to demonstrate the capability of the European industry to perform a controlled landing on the surface of Mars. It was named Schiaparelli in November 2013. The preparation for this mission enhances Europes expertise and enables the testing of key technologies which could be used in subsequent missions to Mars.

Although designed to demonstrate entry, descent and landing technologies, the EDM also offers limited, but useful, science capabilities. The EDM will deliver a science package that will operate on the surface of Mars for a short duration after landing, planned to last approximately 9 days.

The mission was to be launched on a NASA provided Atlas-5(421)¹ rocket, but when NASA dropped out of the mission, the baselined launch vehicle was changed to a russian provided Proton-M Briz-M (Ph.3).

On 19 October 2016, TGO entered orbit around Mars. The fate of Schiaparelli in yet unclear.