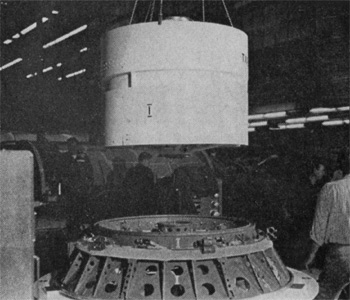 TAVE (before mounting to Agena-B) [NASA]

TAVE (Thor Agena Vibration Experiment) was a set of instruments attached to the Agena-B upper stage of the Thor-DM21 Agena-B launch vehicle which launched Alouette 1 to measure the vibrations during launch.

TAVE measured low-frequency vibrations to Agena stage and spacecraft interfaces during Thor boost phase. Tave provided data verifying the techniques used by Goddard and Lockheed in predicting the launch vibration environment of the Thor-Agena B rocket. Demonstration that these techniques were sound was most important in designing future experiments and structures for the Thor Agena vehicles.

The experiment was designed, built, tested, and shipped for launch in only 20 days.