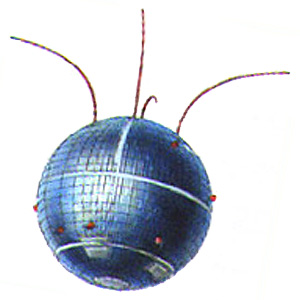 The Taifun-1 or Vektor were active radar calibration satellites employed by the USSR and later Russia.

They consisted of a 2 m diameter spherical with a solar cell covered surface and had a launch weight of about 500 kg. The Vektor satellites were produced by Yuzhnoye and were launched by Kosmos-3M rockets.