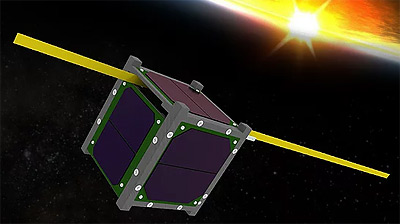 Surya Satellite 1 or SS 1 is an Indonesian Cubesat developed by the Surya University.

The Japan Aerospace Exploration Agency (JAXA) and the United Nations Office for Outer Space Affairs (UNOOSA) have selected Surya Satellite 1 for the third round of the UNOOSA-JAXA KiboCUBE programme. KiboCUBE is an initiative that offers educational and research institutions from developing countries the opportunity to deploy cube satellites (CubeSats) from the Kibo module of the International Space Station.