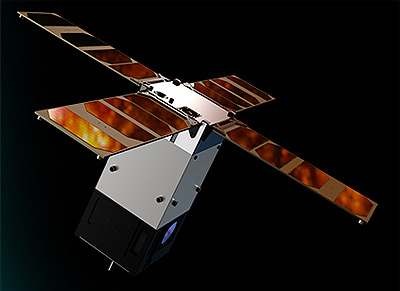 Sunstorm is a Solar X-ray Flux Monitor. It is an in-orbit demonstration of the technology using reduced resources in preparation for a fully space-qualified version some years from now. XFM is needed for the detection of solar X-ray flares; one of the most energetic phenomena on the Sun giving rise to Space Weather phenomena in the heliosphere up to the Earths distance and beyond.

Sunstorm is a 2U-CubeSat, which carries an instrument is called Sunstorm 1 and it was developed by a Finnish industry team led by ISAWARE in a 16 month record time. The instrument will be launched and demonstrated in space using Reaktor Space Labs CubeSat platform in 2021. The industry team is composed of ISAWARE, Aboa Space Research Oy, Oxford Instruments Technologies and Talvioja Consulting and the mission is funded by ESA and Business Finland. The instrument will later be sent to space on an ESAs Lagrange-space weather satellite.

Sunstorm 1 is a miniaturized x-ray spectrometer that can characterize solar flares with unseen precision and it is the first instrument of its kind with potential for commercial use.

CubeSat-satellites offer new technologies a quick access to space for instrument demonstration and they work as a base for the new generations distributed instrument networks. Sunstorm-1 will be operated in space in a two unit CubeSat. The satellite technology is based on Reaktor Space Labs Hello World and W-Cube satellites.