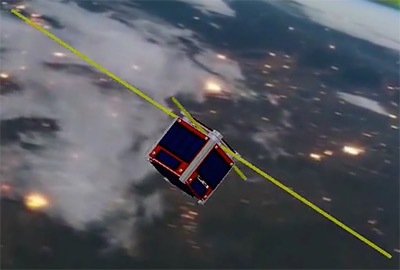 STMSat 1 is the first satellite to be built and designed entirely by elementary school students, supported by technical advisors from NASA.

The satellite will take pictures every 30 seconds and transmitting them back to the ground. A network of Remote Mission Operations Centers (RMOCs) spans various parts of the U.S. and several countries around the world.

The satellite is to be delivered by a resupply rocket to the International Space Station (ISS) where it is deployed by an ISS NanoRacks launcher into its own orbit to begin capturing images and transmit them back to the schools around the world for research and teaching purposes in math and science.