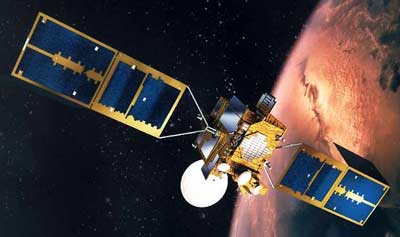 The Stentor (Satellite de Télécommunications pour Expérimenter les Nouvelles Technologies en Orbite) technological satellite is a French experimental programme to validate, in flight, advanced technologies which would be integrated in the next generation of telecommunications spacecraft.

This program will bring French competence to the highest level, both for the prime contractors and the equipment manufacturers, and the ultimate is to improve France's competitive position on the export market. It is supported by CNES (French Space Agency), France Telecom (French Telecommunications Operator) and DGA (Ministry of Defence).

The Stentor satellite was lost in a launch failure.