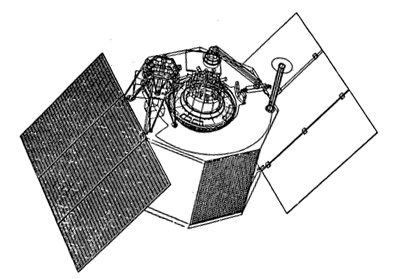 The satellite was to be built on a octagonal prism shaped structure with thwo deployable solar arrays. Ball Aerospace was awarded in 1987 a $43 million contract to develop the orbital insertion stage and to integrate the science instruments.

Launch was planned for a 1991 lift-off from Vandenberg AFB on a Titan-2(23)G rocket with Star-37FM kick stage to put the satellite into 546 km sun-synchronous circular orbit inclined at 97.5 degrees to the equatorial plane. The mission was cancelled in 1988 due to budgetary cutbacks.