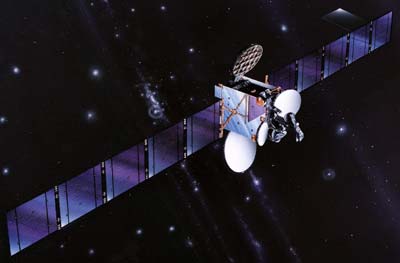 Jointly owned by Singapore Telecom (SingTel) and Chunghwa Telecom of Taiwan, the ST 1 satellite system provides telecommunications and direct-to-home broadcast services to most of Asia, up to 16 high-power Ku-band transponders over India, south-east Asia and Taiwan, and 14 C-band transponders for coverage from western India and Pakistan to Borneo, the Philippines and south-eastern China. The ST 1 satellite was launched in August 1998. Two ground control stations are located in Seletar (Singapore) and Taipei (Taiwan).

ST-1 also features two Ku-band spot beams: a "K1" beam that stretches from Taiwan to Singapore and from Indonesia to Malaysia and a "K2" beam centred over the Indian subcontinent. The ST-1 satellite currently delivers telephony, digital DTH broadcasting, VSAT and other business services throughout the region.

Astrium provided the complete satellite system for SingTel and Chunghwa Telecom – manufacture and delivery in orbit of the satellite, which is based on the Eurostar-2000+ version of the company's Eurostar series, the payload, the ground stations and a comprehensive training and support package.