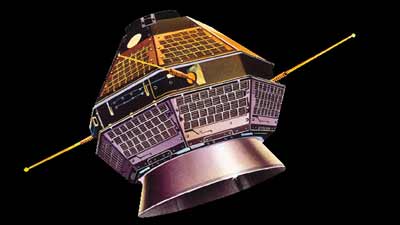 It was launched piggyback on the Molniya-1 30 satellite from Plesetsk on the 5th June 1975.

The 29.6 kg microsat was used to test the passive cryogenic radiation system for the Meteosat geostationary meteorological satellites. Also it tested cooling systems, solar array technology, the effects of radiation doses on different systems, and served to study of the aging of thermal casings and plastic films.

The spacecraft decayed from orbit on the 10 July 1988.