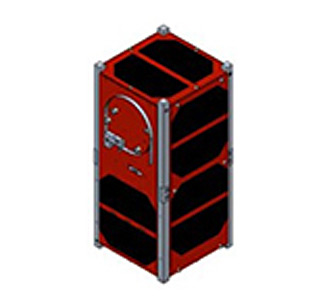 SPATIUM 1 is to demonstrate a new technique for ionosphere mapping using a constellation of CubeSats equipped with Chip Scale Atomic Clock (CSAC) to provide real-time three-dimensional mapping of ionosphere plasma density at the altitudes of electron density peak (200 to 400 km above the Earth). SPATIUM 1 will test the principle of the ionosphere mapping and total electron content (TEC) determination using satellite signal transmission with a dual-frequency and signal shift determination at the Ground Station using the same referenced CSAC clock.

The satellite was launched on board of HTV 7 on an H-2B-304 rocket to be delivered to the ISS, from where it was deployed via the JEM airlock.