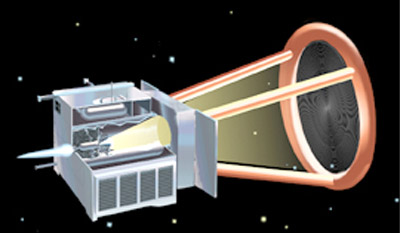 Spartan 208 (Shuttle Pointed Autonomous Research Tool for Astronomy 208) was a planned free-flying payload to be released and retrieved by the Space Shuttle.

The Spartan-208 mission was to test an inflatable structural system for the SSE (Shooting Star Experiment), that is a technology demonstrator flight for solar thermal propulsion. The inflatable structure is a pressurized assembly used in orbit to support a fresnel lens for focusing sunlight into a thermal storage engine. When the engine temperature reaches a preset level, the propellant is injected into the storage engine, absorbs heat from a heat exchanger, and is expanded through the nozzle to produce thrust. The inflatable structure is an adaptive system in that a regulator and relief valve are utilized to maintain pressure within design limits during the full range of orbital conditions. Further, the polyimide film material used for construction of the inflatable is highly nonlinear, with modulus varying as a function of frequency, temperature, and level of excitation.