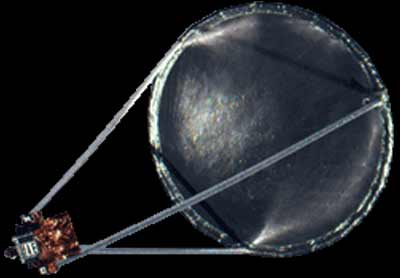 Spartan 207 (Shuttle Pointed Autonomous Research Tool for Astronomy) was an 850 kg module released from STS 77 as a platform from which to launch the IAE (Inflatable Antenna Experiment).

The IAE was an inflatable parabolic antenna, which was inflated to full size while connected to the Sparten-207 carrier. At the end of the experiment, the antenna was released.

Spartan-207 was retrieved by the shuttle soon after the antenna release.