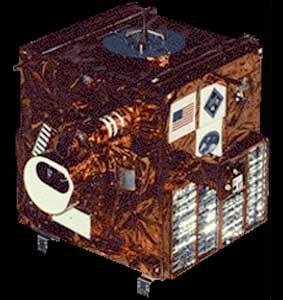 Spartan 204 (Shuttle Pointed Autonomous Research Tool for Astronomy 204) was a free-flying payload that was released from space shuttle STS 63 on 6 February 1995.

Spartan 204 carried the Naval Research Laboratory's Far Ultraviolet Imaging Spectrograph (FUVIS) experiment. Its science objectives were to study astronomical and artificially-induced sources of diffuse far-ultraviolet radiation. The astronomical sources of interest included diffuse nebulae (H II regions, reflection nebulae, and supernova remnants) and the diffuse galactic background radiation, for measurements of temperature and abundances (in the gaseous phase) and of the scattering properties of dust grains (particularly at short wavelengths).

The instrument design optimized its diffuse-source sensitivity and long-slit imaging capability. Observations were obtained in the 970-2000 Å and 1230-2000 Å wavelength ranges, with spectral resolution as good as 5 Å. The field of view along the spectrograph slit was 2.7R and the spatial imaging resolution along the slit was about 3 arc min. Targets of observation included the Orion Nebula (observed with several slit azimuth orientations centered on the nebula), the region of 15 Mon, IC 410, the Crab Nebula, the California Nebula, and the Rosette Nebula.

It made about 40 hours of observations of galactic dust clouds before being retrieved on 9 February 1995.