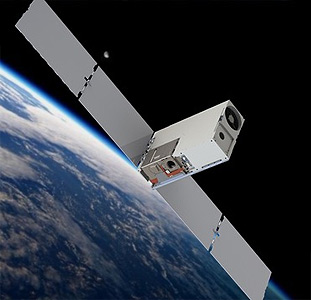 The SPARCS (Star-Planet Activity Research CubeSat) is a 6U CubeSat scientific investigation mission by the Arizona State University to monitor the flares and stellar activity of small M-type stars, or red dwarfs, in the far- and near-ultraviolet region. Studying and understanding the environments of these stars can help assess the evolution and habitability of their space environment for planets in orbit.

The stars that SPARCS will focus on are small, dim, and cool by comparison to the Sun. They have less than half the Sun's size and temperature, and they shine with barely one percent its brightness. While this might seem to make them a poor choice for hunting extrasolar planets, these stars are extremely numerous in our Milky Way galaxy. Roughly 75 billion M dwarf stars host at least one small planet in their habitable zones. This is the potentially life-friendly region close to the star where temperatures are neither too hot nor too cold for life as we know it, and liquid water could exist on a planet's surface. However, ultraviolet radiation from M dwarf stars is strong and highly variable. This would erode a planet's atmosphere and would affect its composition and habitability.

Knowing the ultraviolet environments of planets orbiting M dwarf stars will be crucial to understanding the planets' atmospheric composition. It will also be key factor in discriminating between biological and abiotic sources for any observed biosignatures.

The spacecraft will contain three major systems  the telescope, the camera, and the operational and science software. ASU astronomers will oversee the development of the telescope and camera, plus the software and the systems engineering.

The telescope uses a mirror system with coatings optimized for ultraviolet light. Together with the camera, the system can measure very small changes in the brightness of M dwarf stars to carry out the primary science of the mission. The instrument will be tested and calibrated at ASU in preparation for flight before being integrated into the rest of the spacecraft. For each targeted star, SPARCS will observe continuously over at least one complete stellar rotation (5 to 45 days).