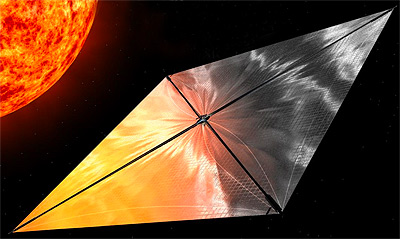 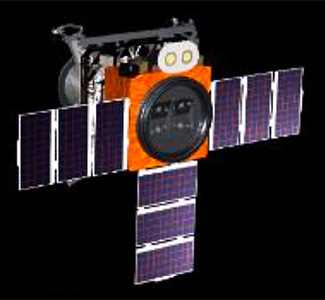 The NASA's Marshall Space Flight Center's Solar Cruiser mission will mature solar sail technology for use in future Heliophysics missions, as well as missions of interest across a broad user community including NOAA, Earth, and Planetary Sciences.

Solar sails, which use reflected sunlight to derive thrust, can be used to create artificial equilibria and near-indefinite station-keeping at locations sunward of L1 along the Sun Earth Line (SEL), or at any desired offset from the SEL leading or trailing the Earth in its orbit. They can change the heliocentric inclination of a spacecraft from the ecliptic to as high as solar polar, stopping and remaining at any intermediate inclination orbit in between or can be used around a range of solar system bodies. The Solar Cruiser mission will fly a small spacecraft (~100 kg) with a large (< 1600 square meter) solar sail containing embedded reflectivity control devices (RCDs) and photovoltaic cells, attaining a characteristic acceleration of >0.12 mm/s2. The mission concept includes successful deployment of the solar sail, validation of all sail subsystems, controlled station-keeping inside of the Sun-Earth L1 point, demonstration of pointing performance for science imaging, and finally an increase in heliocentric inclination (out of the ecliptic plane).

Solar Cruiser would serve as a pathfinder for missions that observe the solar environment from unique vantage points such as a high inclination solar mission, opening a fundamentally new range of observational capabilities for the Heliophysics Program and for space weather monitoring. Observations away from the Sun-Earth line (SEL) present unique opportunities for answering the outstanding science questions of Heliophysics, for improving space-weather monitoring and prediction, and for revealing new discoveries about our Sun and solar system. High solar inclinations are particularly compelling. Investment in, and demonstration of, the technology needed to enable polar missions is essential to making this unique vantage point a reality in the next decade.

As a science instrument, it will carry the PELE Coronagraph. The PELE instrument (Polarization and Energetics in Line Emission) will provide space-based coronal imaging of both linear polarization states, combined with Doppler velocimetry, for a capability that is readily extensible to future missions. The PELE coronagraph occults the solar disk down to Rsun=1.1, enabling observations of magnetic structure in CME triggering regions

Solar Cruiser was selected by NASA as an ESPA-class rideshare technology demonstration mission to launch with the Interstellar Mapping and Acceleration Probe (IMAP) mission in 2025. In early 2023 it was de-manifested from the IMAP launch.