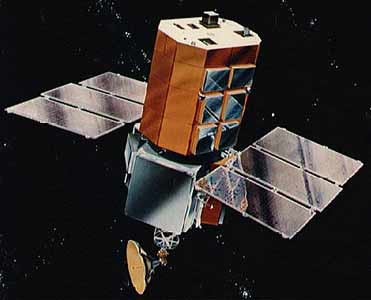 It was based on Fairchilds MMS bus, making it the first space craft designed for in space servicing.

In december 1980, the attitude control system failed due to a fuse failure. The satellite was repaired by astronauts of the 11th Shuttle mission, making it the first satellite to be repaired on orbit. It was originally planned to be returned to earth in 1990 by another space Shuttle to be refurbished as the EUVE satellite, but these plans were finally cancelled.