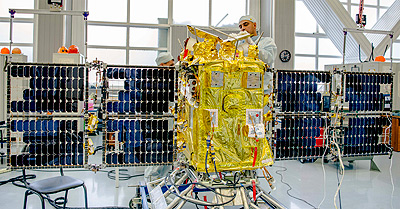 The Russian Skif-D is a prototype for the Skif low earth orbit constellation for broadband high-speed internet access, which is part of the Sfera program.

Skif-D was built by ISS Reshetnev to test the technologies for the operational Skif satellites.

The launch of the Skif-D demonstrator satellite was conducted in October 2022 on a Soyuz-2-1b Fregat rocket.