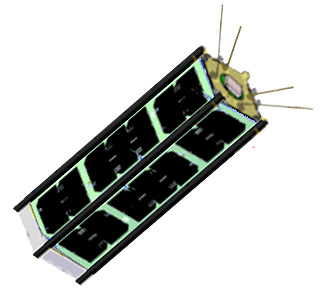 The SHFT (Space-based High Frequency Testbed) mission will collect radio frequency signals in the HF (5-30 MHz) band to study the galactic background emissions, the HF signals from Jupiter, and the signals from terrestrial transmitters after having passed through the earths ionosphere. The ionosphere changes its characteristics on a minute to minute basis, particularly changing between day and night, but also in response to geomagnetic phenomena and solar events

After deployment from the PSC CSD, the SHFT Cubesat will power up, deploy the solar panels and UHF telecom antennas, establish positive power state and wait for ground communications. Upon ground command, the HF antenna (4 tape measure type antenna, each 3 meters long) will be deployed. Over the next 3 months, the spacecraft will periodically record signals in the 5-30 MHz band for 10 minutes, then will transmit the recorded signals to the ground station on subsequent passes for analysis.