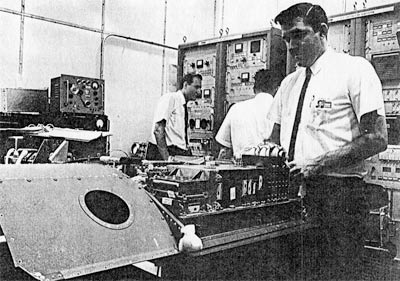 SGLS 1 package before being attached to the Agena-D stage

SGLS 1 (Space Ground Link System 1) was an technology experiment launched in 1966. Possibly this may have been a test of a new standardized telemetry command format, or it may have been a new attempt to test out radio transmission of satellite data and imagery.

SGLS 1 was mounted as a piggy-back payload on an Agena-D stage, which orbited the KH-7 33 reconnaissance satellite.