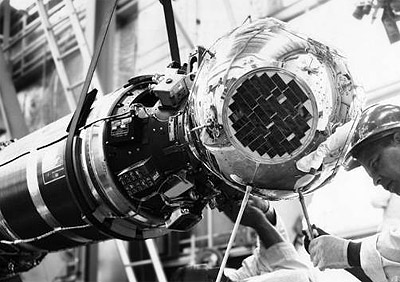 SEV (Scout Evaluation Vehicle) was a NASA launch vehicle evaluation payload to test a new version of the Scout launch vehicle and performing new maneuvers during launch. Primary purpose of the experiment was to demonstrate in flight the operation of a number of improved vehicle features which had been developed for the Scout program.

Because engineering evaluation of the Scout system performance was the primary purpose of the flight, special instrumentation and telemetry packages had been provided for gathering a number of measurements in addition to those regularly made. A precision velocity meter made very accurate measurements of vehicle velocities through fourth-stage burning. Other instruments measured vibration, temperatures, motor pressures, spin-motor performance, ignition system voltages and other quantities needed for a complete engineering evaluation of the performance of the improved Scout. Electrostatic charge measurements were made on stages two and three. Improved solid-state telemetry systems were used to reduce weight and increase reliability. Finally, a new lightweight radar tracking beacon was carried on the vehicle.

Although it carried a heavy load of special engineering instrumentation, the SEV Scout made use of a small excess payload capability by carrying a 20.4 kg SECOR 5 satellite payload furnished by the U.S. Army. However, achievement of an orbit for the bonus experiment, SECOR, was not a primary objective of this mission.