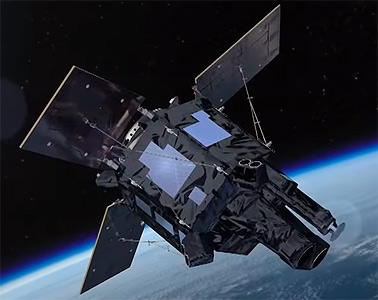 SEOSAT-Ingenio is the first Spanish Earth-observation satellite and the first to be built by a consortium of industries of the Spanish space sector.

It is a satellite system with a 7-year lifetime mission, equipped with an image optical instrument with 2.5 meter resolution in black and white and 10 meter resolution in colour, combining the best of Thales Alenia Space due to its extensive experience in the field of optical observation of the Earth.

The main purpose of the SEOSAT-INGENIO mission is to ensure an even coverage of the areas of national interest, providing a large operational capability in the capture of high-resolution images for numerous user groups, as well as supporting and optimising the development in Spain of teledetection-based applications.

This Spanish Earth observation satellite system will provide a response to the growing need for teledetection data, providing Spain with:

Ingenio was originally planned to be ready for launch for the end of 2016, but was delayed to late 2019 or early 2020. It is baselined for a launch on a Vega booster, but is also compatible with Dnepr, PSLV-CA, Rokot-KM and Soyuz. In 2018, a launch contract for a Vega launch in 2019 has been signed.

The satellite was launched on 17 November 2020, but failed to reach orbit due to an issue with the Vega upper stage.