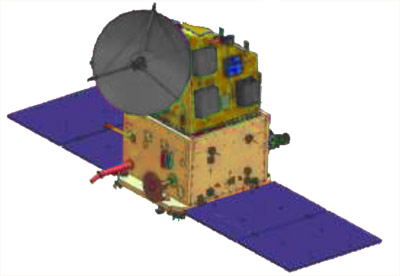 SCATSAT-1 is a continuity mission for Oceansat-2 Scatterometer to provide continuity of data required for weatherforecasting services, generate wind vector products for weather forecasting, cyclone detection and tracking services to the users.

The spacecraft carries the Ku-band OSCAT-2 Scatterometer similar to the OSCAT payload flown onboard Oceansat-2, but features several improvements in hardware and for the onboard signal processor and control software. OCSAT-2 is a pencil beam wind scatterometer operating at Ku-band of 13.515 GHz. The spacecraft is built around standard IMS-2 Bus and the mass of the spacecraft is 377 kg. The mission life of the satellite is 5 Years.

The construction of the satellite was accelerated by using about 40% spare parts leftover from previous satellite missions that have been built at the SAC.