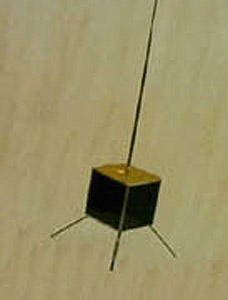 The SATEX project started by the Instituto Mexicano de Comunicaciones in 1993 as a technology transfer project, when Mexico ordered the Solidaridad 1 and 2 from Hughes. After suffering slow progress and issues with the participating institutions, it was restarrted in 1999 now under the lead of CICESE in collaboration with the Instituto Politécnico Nacional and University of Mexico (UNAM).

The program was cancelled in 2002 without finishing or launching the satellite.