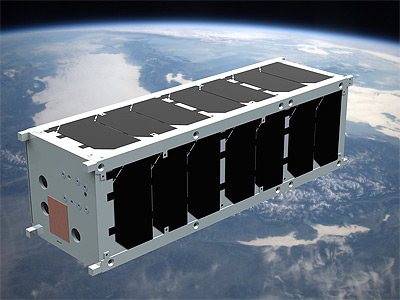 The SASSI2 (Student Aerothermal Spectrometer Satellite of Illinois and Indiana) is a 3U CubeSat scientific investigation mission by the University Of Illinois, Urbana-Champaign, and, which will utilize optical instrumentation in conjunction with temperature and pressure measurements to improve models of thermochemical non-equilibrium and electronic excitation occurring in high enthalpy flows.

The satellites payload consists of an optical spectrometer Payload (UIUC) and the Purdue Sensor Payload. It consists of following instruments:

The satellite was built for a deployment from the ISS. Magnetic rotors provide attitude control during gradual orbital decay and orient the CubeSat perpendicular to freestream near apogee. It retains orbital energy by maintaining orbital eccentricity. SASSI2 will record atmospheric data below 200 km.

It was selected in 2017 by NASA's CubeSat Launch Initiative (CSLI) to be launched as part of the ELaNa program. SASSI2 was launched with the Cygnus CRS-11 mission on an Antares-230 rocket, which deployed it directly from the launch vehicles stage 2 in a very low orbit.