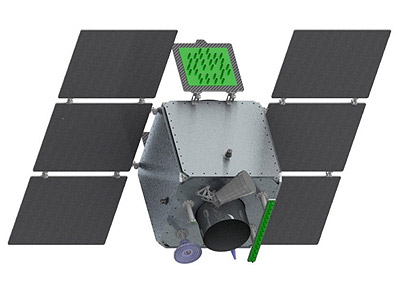 SARE-AR, part of the SARE System of the Argentinean National Space Program by CONAE, is planned constellation of four cooorbital earth observation satellites.

It is a constellation of 250 kg satellites with high spatial resolution sensors. Each satellite will have on board a panchromatic camera and a multispectral camera with four to seven bands distributed in the visible and infrared spectrum. The mission will be mainly dedicated to urban aspects, cartography, transport and security, and the data it will provide will also be useful for other topics, such as agriculture, hydrology, land use and coverage, change detection, coastal analysis and emergencies, among others.

The SARE-AR satellites will be put into orbit by Argentine launchers Tronador-2 or Tronador-3, depending on availability.