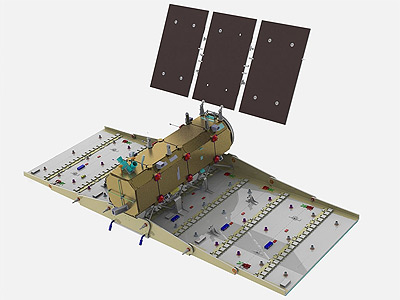 The SAOCOM system will operate jointly with the Italian COSMO-SkyMed constellation in X-band to provide frequent information relevant for emergency management. This approach of a two SAOCOM and a four COSMO-SkyMed spacecraft configuration offers an effective means of a twice-daily coverage capability. By joining forces, both agencies will be able to generate SAR products in X-band and in L-band for their customers.

A second constellation, consisting of SAOCOM 2A and SAOCOM 2B is also planned, but the current status is unclear.