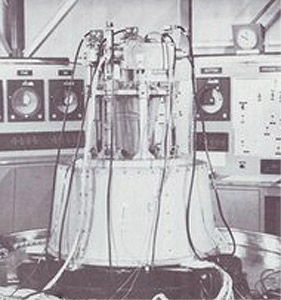 The Samos F-1 package was launched with the Samos E-1 and Samos E-2 satellites, where it was housed in front of the optics. It was to be tested with calibration signals early in the mission and then to be ejected to allow the optical payload to work. Although separated, the Samos F-1 package was not capable of operations without the Agena-A stage. The payload was purely for experiments but not for operational ELINT.

Two payloads were lauched, but only the second reached orbit. A third was converted to the P-102 Group 0-D satellite.