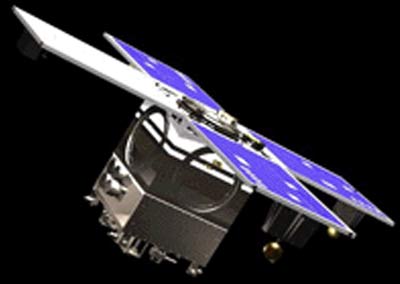 SACI (Satélite Científico 1) is a 60 kg scientific satellite (Satellite Cientifico) launched on the 14th October 1999 on a Chinese CZ-4B launcher from the Taiyuan launch site. The spacecraft was built by the Brazilian space agency (INPE), and placed into a 732 × 747 km sun-synchronous orbit together with the joint Chinese and Brazilian remote sensing satellite CBERS 1 as primary payload.

The satellite carries four scientific payloads in order to investigate plasma bubbles in the geomagnetic field, air glow, and anomalous cosmic radiation fluxes. It also carries various platform technology developments. The spacecraft has four deployable panels. The ground segment comprises two main stations, and user ground data collecting stations. It is reported that contact with the spacecraft was lost shortly after launch due to either to a communications system, antenna, or computer failure.