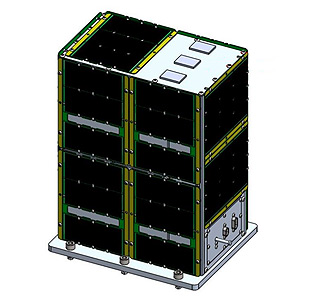 Features that will be tested for use in supporting future payloads, include the EyeStar-S4 package (a Globalstar transmitter and an Iridium transceiver), as well space environmental instruments to characterize the radiation and plasma densities to which the payloads will be exposed. S4 CROSSOVER is self powered and operates independently of the larger Astra launch vehicle second stage to which it is permanently attached. It demonstrates a platform that may in the future be used to host payloads; it is an experimental activity. The Astra Rocket-3.3 rocket, LV0009, will be launched from the Pacific Spaceport on Kodiak Island Alaska, no earlier than January 15, 2022, into a circular sun synch orbit at 525 km altitude, 97.5° inclination. Transmission from the S4 CROSSOVER will begin after second stage engine cutoff, activated by relays on the launch vehicle, and will operate until demise, which is expected to occur within a few weeks after launch.

Besides the technology tests, some payloads are on board. The payloads are the radiation detector and the plasma detector. The mission will demonstrate use of the Globalstar Simplex transmitter and the Iridium transceiver, as a communications suite that will allow future systems to become hosting platforms, as well as space environmental monitors.