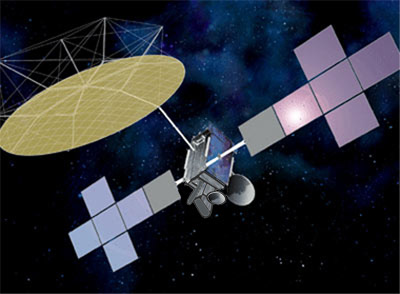 In deploying a state-of-the-art hybrid satellite and terrestrial digital broadcasting platform, S2M was to offer a unique mobile TV service that would allow consumers to watch and listen to high-quality video and audio broadcasts via mobile phones and other personal mobile devices throughout the region.

S2M's platform includes an S-band geostationary satellite operating in conjunction with a terrestrial repeater network. Such a platform provides for ubiquitous coverage while offering the ability to share costs between many countries. The high power satellite was to ensure cost-effective pan-MENA coverage while the network of terrestrial repeaters was to provide urban and indoor coverage. Mobile TV service was to be available to consumers throughout rural and urban areas in the Middle East and North Africa, outdoors, indoors, in-car and while roaming in the region. Consumers were to have a wide range of programming options and excellent image quality, regardless of the number of simultaneous viewers. Other public service applications included education, public warning, disaster mitigation and relief systems.

S2M's satellite was to be based on SS/L's flight-proven SSL-1300 platform. It was designed with a maximum launch mass of nearly six tons, a lifetime of more than 15 years, and will deliver 20 kW of power. The satellite was be equipped with a large deployable S-band reflector 12 meters in diameter.

A Proton-M Briz-M rocket had been reserved as a launch vehicle.

The contract for the S2M-1 satellite was apparently cancelled.