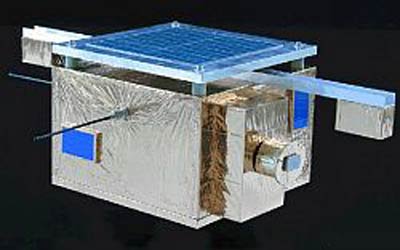 Rubin 2 is a small satellite for technology demonstration, privately owned and developed by Fuchs Group (OHB System and Carlo Gavazzi Space). Rubin 2 will be placed in a circular orbit, with an inclination of 65°, at a height of 650 km. The gyroscopic stability is obtained spinning the S/C. The satellite is sun-pointing, with the solar panels placed on the upper face of the S/C. The OCE (in-Orbit teChnology Experiment set), designed and developed by Carlo Gavazzi Space, leading a number of industrial and university partners, is one of the technological payload for the RUBIN-2 mission. It has in charge to validate a group of technological experiments, and to test an experimental propulsion subsystem, that would be used for orbit and/or attitude control of a small satellite. In this mission, it will be used to increase the spin rate of the spacecraft.

To achieve the mission objective the OCE system is composed by:

In addition, other four technological experiment will be part of OCE / Rubin 2:

The SAFIR-M payload is also designated AATiS-OSCAR, AO-49 or OSCAR 49.