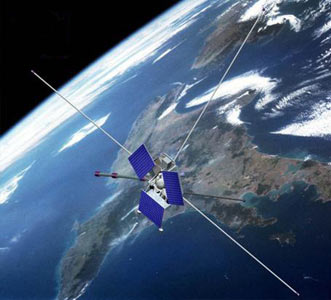 Rezonans is a microsatellite constellation designed to study the magnetosphere. Objectives of the mission will be studies of the evolution of the magnetic field, the ring currents, magnetospheric storms and plasma dynamics. A special objective will be the study of magnetospheric cyclotron resonance masers, which might play a significant role in the shape of the radiation belts.

The satellites will operate in pairs in intersecting elliptical orbits of 500 km × 28000 km at an inclination of 63.4°.

The Rezonans satellites were originally based on Lavochkin's Karat microsatellite bus, but later changed to the Karat-200 bus.