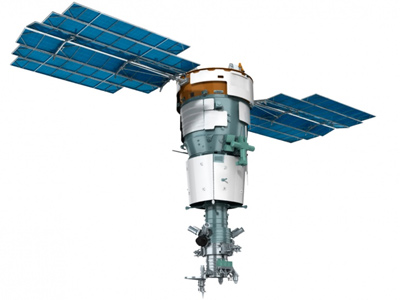 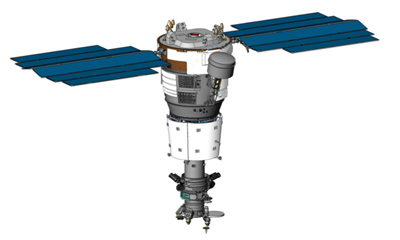 The Resurs-P series of russian Earth observation satellites is the successor of the Resurs-DK 1 satellite. It is used by Russias Ministries of Agriculture and Fishing, Meteorology, Transportation, Emergencies, Natural Resources and Defence.

Aditionallym the KShMSA wide field multispectral camera is also on board.

The second satellite, Resurs-P 2, carries the attached Koronas-Nuklon high-energy particle detector as a secondary payload, which was previously developed for a 750-kilogram Koronas-Nuklon satellite. It detects cosmic ray nuclei with atomic number 1 to 30 in the 1 to 1000 TeV energy range.

After launch Resurs-P 3 failed to deploy one of the solar panels.

Resurs-P 4 was to be launched in 2018, then delayed to 2021 and Resurs-P 5 in 2019, delayed to 2022, but due to the unavailability of certain components, both launches have been postponed further.