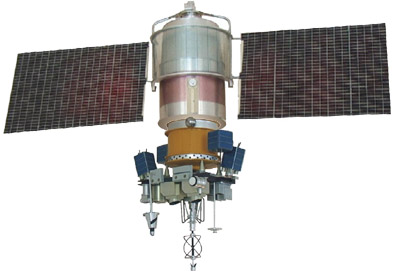 Resurs-O1 N4 or Resurs-O1 2 is the fourth earth observation satellite in the Russian Resurs-O1 program.

The Resurs-O1 N4 was based on the Meteor-3 satellite bus and carried following instruments:

Resurs-O1 N4 operated until April 1999 when a communication failure disrupted the service. The spacecraft ended its operational service on Feb. 7, 2002.

The Resurs-O2 series was to succeed Resurs-O1 N4, but due to the tight economic situation in Russia, it was cancelled. The smaller Monitor-E mission is considered a continuation of the Resurs-O1 N4 mission.